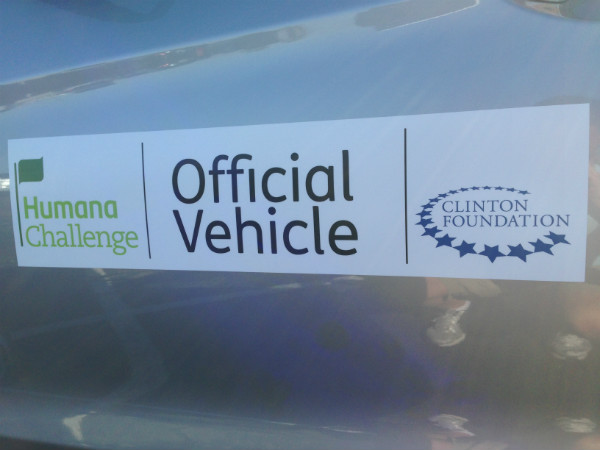 The Humana Challenge in La Quinta, CA was previously known as the Bob Hope Desert Classic. It is one of the 'West Coast Swing' tournaments and played early in the season. Going back to the Bob Hope Classic, the tournament was loaded with celebrities and played as pro-am for 5 consecutive days, until Humana changed the format (in 2012) to the more traditional 4-round play. The first 3 days, it is played as a pro-am with the chance to make the cut and play in Sunday's final round. As many other PGA Tournaments, the Humana Challenge is also all about Charity. Since way back in 1960, Desert Classic Charities (the nonprofit entity, that organizes the tournament) has donated over $52million to numerous local nonprofit organizations, with a large share of the contributions going to the Eisenhower Medical Center.

We are so excited about this tournament (of course, all the other tournaments as well) and the volunteer opportunities being offered at the Humana Challenge. Below you will find the Humana Challenge Volunteer Committee Descriptions for all the committees available for you to participate in. We also have details about the volunteer package (including uniform, tickets, etc.). At the bottom of this page, you will find a link to the 'official' tournament's volunteer website, where you can register to volunteer. Check out the latest updates towards the bottom on this page. Get tickets for the tournament before they sell out. Check out hotel accommodation in and around La Quinta for tournament week with our comparison tool.

The 2015 Humana Challenge will be held from January 21 - January 25, 2015 at La Quinta Country Club, Arnold Palmer Private Course and Jack Nicklaus Private Course - all in La Quinta, CA. The format for this year is as follows:

Pro-Am play for the first 54 holes (Thu-Sat). Each of the 156 pros will play with a different amateur partner each day on different courses for those three days. On Sunday, the low 70 professionals and ties will play the final round of the 72-hole tournament at the Palmer Private at PGA WEST.
Just as last year, the top three low net and low gross amateurs will play alongside the pros on Sunday to determine who the overall winners will be. The overall low net amateur and low gross amateur playing on Sunday will be awarded crystal as the 2015 Humana Challenge Amateur Champion after play on Sunday. Defending champion is Patrick Reed, who comes off a victory at the 2015 Hyundai Tournament of Champions in Hawaii.

Below are the descriptions for the 2015 Humana Challenge

Share your Humana Challenge volunteer story with us and all the visitors of golf-volunteers.com. We can't wait to read about your golf volunteering experience and tips for other volunteers. Thank you in advance for sharing.

We can't wait to read about your golf volunteering experience and tips for other volunteers. Thank you in advance for sharing.